Went into Woolies here in Reading a couple of days ago to see what was left on the shelves. They truly are selling everything. People were literally buying the shelves the remaining products were sitting on. I also saw them offering the tills for £150 - considered getting one so I could play shopkeeper, but no.

Some pics of the carnage 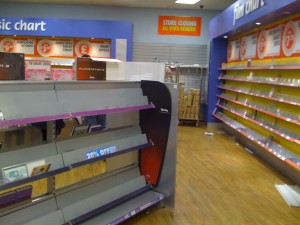 Pretty much everything was gone. Apart from the below fella's book. Give it up!  People won't even buy your work when it's heavily discounted. 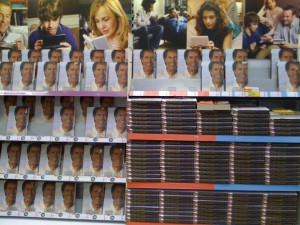 That's not the end of Woolworths for those in the southern hemisphere however.  The brand lives on as a supermarket - I do remember Woolworths being a cheap department/variety store in New Zealand when I was very young, but it transitioned to a supermarket there many years ago.

I won't miss Woolworths. I only ever bought 1 pair of gardening gloves and a can of "V" from it.